It is, next to Spanish, the most widely taught language in British schools, however many students aren't aware of the benefits of mastering this language. Many think of it as a difficult and confusing language and perhaps some even go as far as to call it unnecessary.


But, here at Easy Languages we care about your language skills, and as we know how important they are to your CV and future career, here are four reasons why you should be learning French. 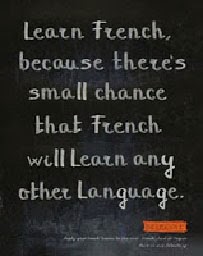 Recent studies show that 41% of younger French generations do not speak another language. Among adults (25-64 year olds), the figure is even lower. According to the statistics, only 28% of them speak a foreign language (That being said, we’re not much better). You would be lucky to find a Frenchman who could answer you in English and the same goes for Spanish – the likelihood of finding a Spanish speaking Frenchman is very low.


You might think that with English you can travel all over the world, however there are an abundance of countries where French is spoken, and speaking their language will make things much easier. 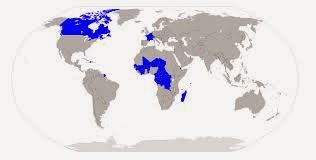 In Europe we have France, Switzerland, Monaco and Belgium. In Africa there is Mali, Senegal and the Ivory Coast. Representing the exotic destinations we have Martinique, St Martin, the Comoros Islands and Haiti. Just to name a few destinations.

The Telegraph recently declared French as the second most useful language in terms of graduate employment!


French has been considered for years as one of the most romantic languages in the world (up until Irish overtook it). We can’t ignore the melodious French intonation and the soft rolling of their r’s creating a romantic tone. Even without all of this a meeting at the Eiffel Tower or Louvre would seal the deal.

So, unless your name is Ryan Gosling you might need to learn a few phrases:

Curious to know more about our French courses around the world? Here’s a short list: