From Paris with love

It’s February and Valentine’s Day is just around the corner. It might be the shortest month of the year but it is certainly not boring. What better way to celebrate it than with Paris as our destination of the month!

We could not make Paris the destination of any other month. We know this city as the ‘City of Love’ or the ‘City of Lights’ among other things including fashion and great patisseries, but what else do you know about this city?

The French capital is now the fifth largest European city and is one of the most important economic centres on the continent. Paris is in the Ile-de-France (island of France) district and is made up of 20 administrative districts or ‘arrondissements’. 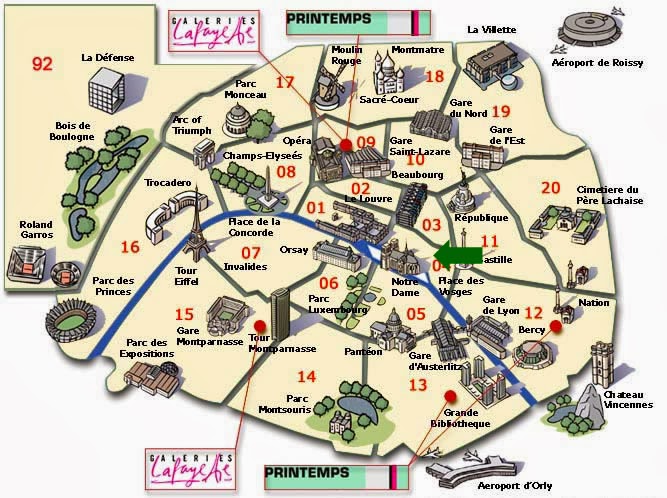 The Seine, which flows through the centre of the city, has been an important factor to the city’s development and history. Paris has been home to numerous different tribes throughout the ages, notably the Gaulish Parisii (who gave the city its name), the Romans and Vikings. In more recent history, Paris has been the site of many revolutions.

Some of the milestones that have marked Paris’s history:
·        1789 the famous French Revolution, marking huge social upheaval and resulting in the dissolution of the French monarchy.
·        1793 King Louis XVI was executed by guillotine in the Place de la Concorde. He was the only French king ever to be executed.
·          1853 Baron Haussmann was appointed by Napoleon III to reconstruct the centre of Paris, which was hugely overcrowded, and he gave us the Paris that we have today.
·          1899 the Eiffel Tower was erected as the entrance to the World’s fair.
·          1947, Christian Dior presents his first collection.
·          1968, or ‘May 68’ was the year of the infamous student occupations of the city’s universities.
·          2007, Nicolas Sarkozy launches his urban renewal project named ‘Grand Paris’.
·     2012, François Hollande is elected president. The first socialist president since François Mitterrand in 1995.
With so much history and culture, it is unsurprising that, in 2012, France was the most visited tourist destination. 83 million people descended on the country to see the monument, taste the food and learn the language, which is spoken by more than 200 million people worldwide. Paris, with nearly 14 million tourists, was the third most visited city in the world in 2012.